Telosa is the name of a proposed new city by former Walmart executive and billionaire Marc Lore. The city, although not yet built, is being marketed as an environmentally-conscious city that strives for equity for all residents.

The city’s price tag is $400 billion. This proposed city promises Utopia-like living, but executing the plan into reality will prove to be challenging.

What a new city means for the construction industry

I believe Telosa’s creation will have a lasting impact on the construction industry. It will change the architecture world because designers will have to marry building design with smart city planning. One of the goals of Telosa is to have all residents live within a half-hour commute from their home to workplace. 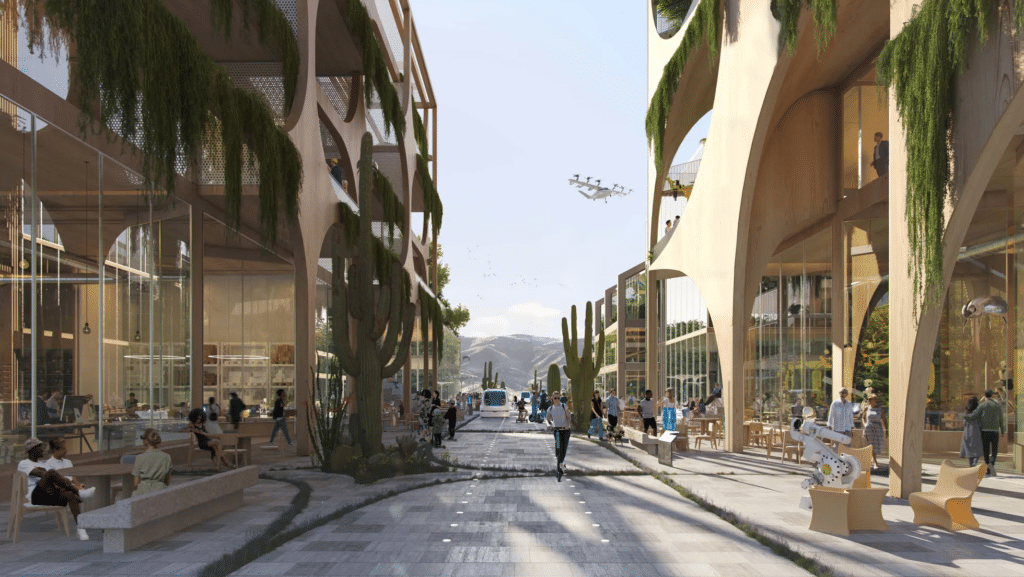 The architecture firm selected for this behemoth project is Bjarke Ingels Group, which will have to work with city planners to design the movement of traffic for efficiency.

Autonomous vehicles will be prioritized, so the society must be built to adapt to new infrastructure, along with electric car charging stations.

Civil contractors will be busy installing underground infrastructure and sewer systems to keep the movement of waste contained. The population of the proposed city is expected to be five million within 40 years, so underground pipes have to withstand population growth. Eco-friendly homes will challenge residential builders to use sustainable materials, while commercial contractors will build public spaces that reduce energy usage and waste.

Telosa’s development team is currently scouting for potential locations. Primary choices are in Nevada, Utah, and Idaho due to their amount of open land, according to the city’s website.

Once construction starts, I believe construction workers will leave dense metropolis cities to work on Telosa. The lure of designing a new, shiny city could attract workers, although during the early stages, they likely will need to endure camp-like conditions. 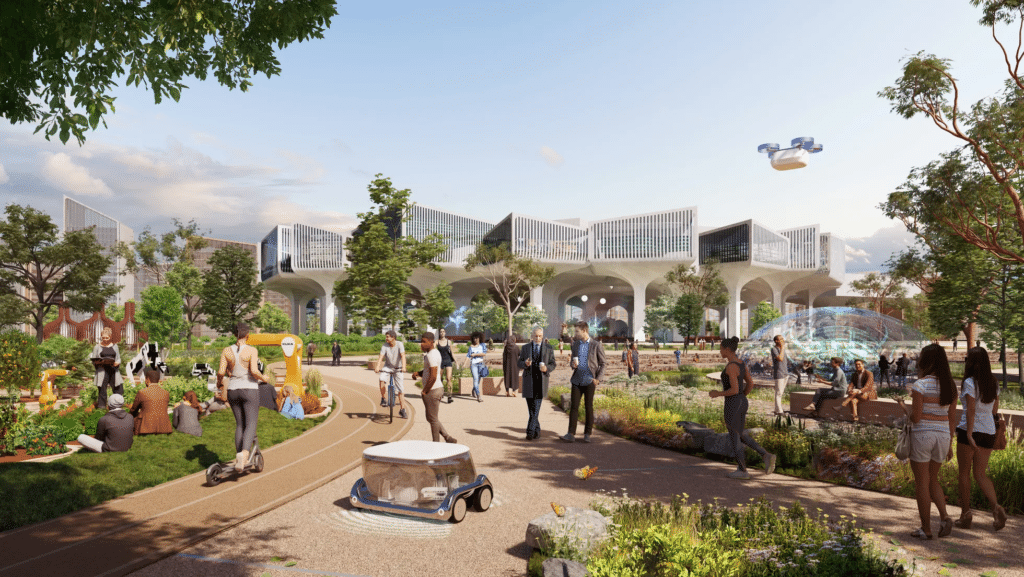 Labor is a key variable affecting Telosa’s success. The COVID-19 pandemic forced many construction players to exit the construction field, causing a labor shortage across the nation.

Even though current labor shortages are serious, we must take a long-term and historical view of the labor field to assess how much labor will be needed for the new city. Year-over-year construction labor growth has trended up in most states.

“From 2015 to 2020, the Bureau of Labor Statistics recorded about 35% growth in construction employment in Idaho and Nevada, as well as about 30% growth in Florida, Arizona, Oregon, and North Carolina,” Construction Coverage has reported.

If we take a forward-looking view of the labor environment, we see that construction labor level will eventually return to pre-pandemic levels.

“Long term, construction starts should improve, fed by an increase of nonresidential building projects in the planning pipeline and the recent passage of the infrastructure bill,” says Richard Branch, chief economist for Dodge Construction Network.

I believe a bullish outlook on the construction industry coupled with current low housing supply, will set the tone for Telosa construction.

Why build a new city? 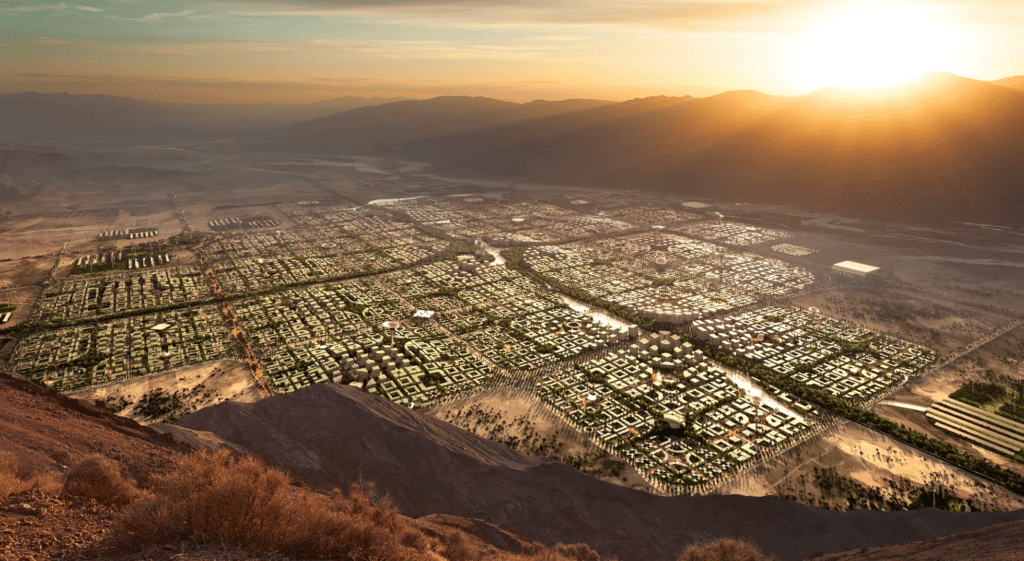 The main reasons Lore is building a new city is to provide more equity among residents, while also creating a sustainable environment that complements autonomous vehicles.
“Equitism” is a term Lore coined, where “citizens should have a stake in the land and as the city does better, the residents do better. It retains the same system of Capitalism but with an additional funding mechanism for enhanced services — “through the land,” states the city’s website.

Uninhabited land will be acquired and donated to a community endowment which will use the increasing land values to fund enhanced city services. The city’s development team goes on to state many zoning laws limit housing supply so it unfairly prices people out of certain neighborhoods throughout the country.

Housing constraints coupled with the lack of government transparency on tax dollar spending has led to fraud and mismanagement in cities across the nation. Using Stockholm’s social services model as a guide, the development team believes Equitism will curb these issues.

Telosa also proposes to encourage and achieve environmental sustainability. Rich in native plants, the parks scattered throughout the city will host reservoirs which store water for the city and provide all residents with open space.

The developers will prioritize bikes and pedestrians in Telosa’s streets which paves the way for autonomous cars to safely share the street with people. Below the streets, the underground movement of waste will be redesigned to create a cleaner city. Building from a clean slate will allow the development team to create long-term sustainable practices.

Politics has made our world very divided, and I believe Telosa will cause all of us to run to our political corners. Many of the hot-button issues such as universal health care and inclusivity are among the Utopian city’s goals.

“All citizens will have access to local health clinics, healthcare technologies, and education on wellness and preventive care to improve quality of life,” Telosa’s leaders assert.

“Healthcare” is one of the trigger words for politicos to start sharpening their debate tools, and future healthcare debates centered in Telosa will be no different.

On his vision for Telosa, Lore states: “We are going to be the most open, the most fair, and the most inclusive city in the world.” With this language, liberals will applaud the vision,
while conservatives are sure to reject the plan.

The harsh reality is the Telosa development team needs both Democrat and Republican support. If the city will be built in the desert of Nevada, Utah, or Idaho, Republican lawmakers must provide approval. Since some of the Equitism principles have undertones of socialism, the development team has to distance Telosa’s model away from socialism in order to win Republicans.

Why the city won’t work 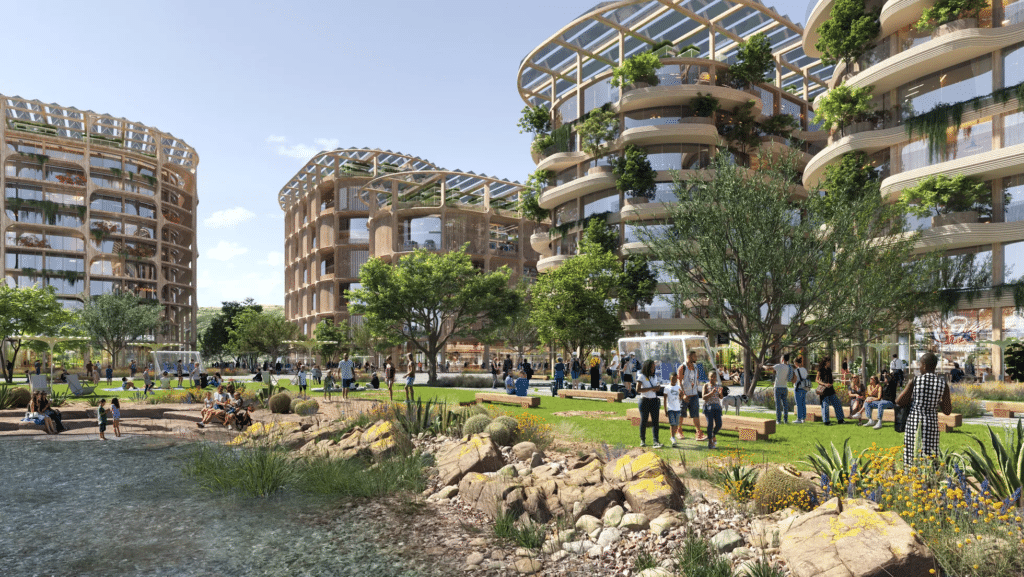 Telosa will not be successful. At least, not as planned. The basic tenants of Telosa are concentrated in providing equity, top-grade social services, and a sustainable lifestyle that reduces our human footprint on the environment. These are good ideas in theory, but executing the plan into reality will prove to be challenging.

The amount of political red tape that will have to be unwrapped to get legislative approval will be challenging. In addition, I believe getting community support will prove to be the greatest feat. Getting people to buy into Equitism involves people changing their mindsets.

They have to accept a new social structure for our economy that contradicts how we live now. Telosa will not be an easy sell to residents.

However, despite all of Telosa’s challenges, the proposed city has encouraged me to dream. Our society needs provocative thinkers to envision lofty dreams such as new cities that solve problems. Audacious dreams keep the human spirit excited about the future and allow us to see our future world in a greater light.

As we conclude 2021 and look towards a new year of construction projects on the
horizon, I’ll be dreaming about how to make changes to the construction industry that can last five, 10, and 20 years from now. And if I’m lucky, these changes will help shape a new city called Telosa.

Quentin Torbert is a Florida-based freelance writer, who also works as a project engineer for a general construction company.